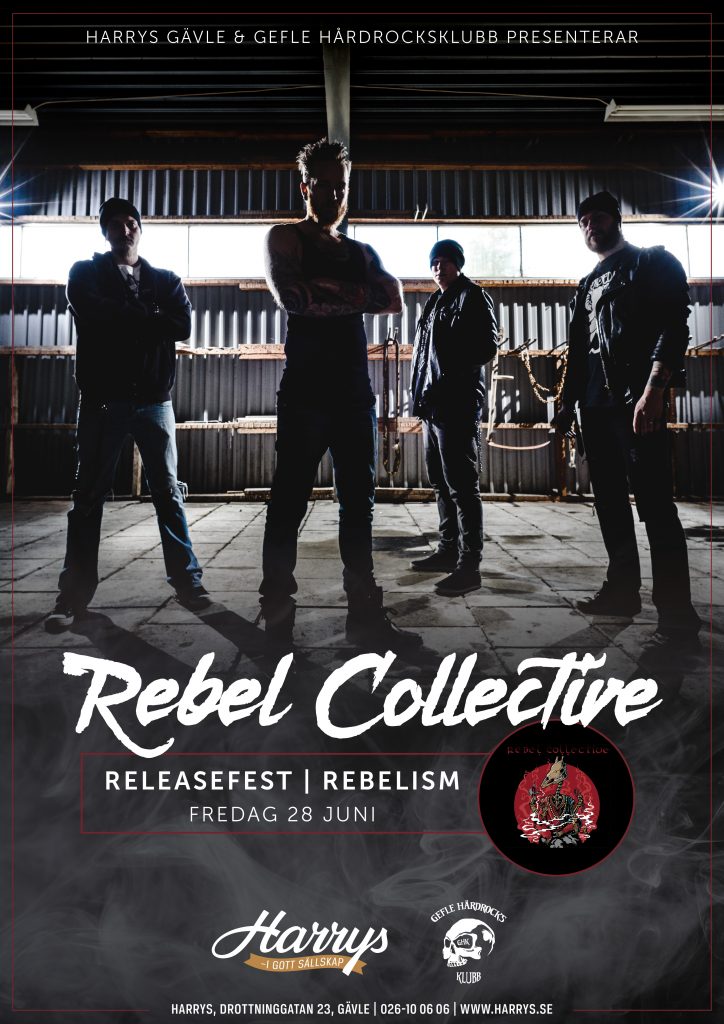 Rebel Collective was founded in the early spring of 2009 after Hans and Genz re-named their old band Machine after a change both in the music style and musicians. They started off quickly with a demo recording the following month and started playing local gigs that summer. The sound quickly evolved and the following year they got the chance to play at the 2010 Getaway Rock Festival. Later that same year, the drummer and bass player quit the band and were replaced by Otto on drums and Andreas on bass, which remains the active lineup today. Excited and pumped with new inspiration, they entered the studio in the autumn of 2011 to start recording their first full-length album titled Middle Finger Famous, which had a digital release the next year. In 2012, they were once again invited to play the Getaway Rock Festival with a great position on the bill, the Saturday night in front off the biggest crowd so far in their career.

In the Spring of 2014, Rebel Collective started writing their 2nd full-length album which was released in May, 2015 and titled Middle Age Famous. The group backed up the album with a Scandinavian tour and after a magical appearance at Festival In Leksand, the band discovered “fuzz”. This turned in to a more stone rock sound and forms the basis for the new album Rebelism which will were released via Sliptrick Records may 7th.